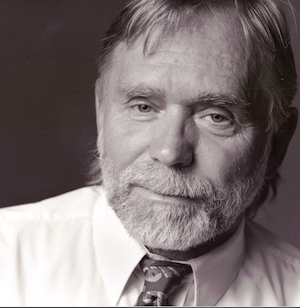 passed away on August 30, 2015. He is survived by Linda Elder, his wife of twenty years and constant collaborator, by his children, and by his legacy of advancing critical thinking in the service of fostering fairminded critical societies around the world.

The memorial service for Dr. Paul was held in Tomales, California on September 3, 2015.

Tomales, CA. The Foundation for Critical Thinking is saddened to announce the death of our Founder, Dr. Richard William Paul, who died quietly in his sleep on August 30, 2015. Paul suffered from Parkinson’s Disease. 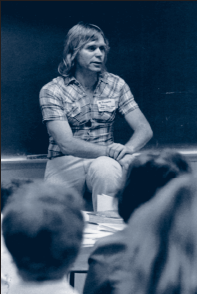 Paul wrote eight books and more than 200 articles on critical thinking, including his early seminal work published in 1992, entitled, Critical Thinking: What Every Student [Every Person, in later editions] Needs to Survive in a Rapidly Changing World. Throughout his life, Paul wrote books for every grade level and developed extensive teaching tactics and strategies that advance critical thinking in instruction.

Paul argued that the primary task of the logician is to develop tools for the analysis and assessment of reasoning in every discipline and domain of human thought – tools to be used in reasoning through life’s many complex problems and issues. He emphasized the importance of the “logic of language” to human reasoning. He set forth the idea that every subject and discipline has a fundamental logic that could, and should, be explicitly formulated - and that an adequate theory of reasoning would provide the foundation for that logic. 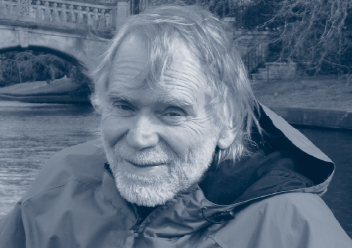 dissertation laid the groundwork for what would become his life’s work. It planted the seeds for the critical thinking theory Paul would develop throughout many years of cogitating on the problems in thinking, and about the concepts that can be used to intervene in these problems, thereby improving thinking. In his work as a doctoral student, Paul attempted to state the minimal conditions for an adequate theory of critical thinking and then build upon those conditions. In the process, Paul combined and synthesized a network of virtually self-evident truths about critical thinking and the various obstacles to it. This network included such premises as:

1.     It is human nature to think (i.e. that thinking pervades every aspect of human life and every dimension of the human mind).

2.     Though it is human nature to think, it is not natural for humans to think well (human nature is heavily influenced by prejudice, illusion, mythology, ignorance, and self-deception).

3.     Therefore, we need to be able to intervene in thinking, to analyze it, assess it, and, where necessary, improve it. 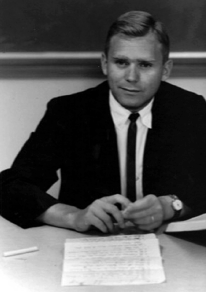 Paul argued that our thinking does not exist in a vacuum, but rather in a rich interplay with our feelings, our desires, and the experiences that shape us. Paul developed our understanding of how intrinsic egocentric and sociocentric forces within us impede our ability to think critically. He argued that we ignore these realities only to our peril as humans living on a fragile planet with limited resources and many complex problems to be solved.   Paul understood the complex nature of human thought, and the background logics we develop and maintain as humans, many of which are based in narrow-minded ideologies that lead to prejudice, bigotry, and injustices of every type and variety.

Taking charge of the structures of thought, for Paul, requires both the analysis and the assessment of thinking. Paul conceptualized reasoning as entailing eight distinctive elements of thought – purposes, questions, information, inferences, assumptions, point of view, implications, and concepts. In other words, he developed this fundamental idea: that whenever people reason, they reason for a purpose, in answering a question or given set of questions; they use information in making inferences and coming to conclusions; they take certain beliefs for granted (or in other words, make assumptions ) in conceptualizing situations and experiences; they reason from some point of view ; there are implications of their thinking.

In developing his understanding of the elements of reasoning, Paul was influenced by his background as a philosopher. But in formulating these elements, he was influenced by other domains of thought, as well as by educated usages of words. Again, he came to see that reasoning was far more complex than had been hitherto understood by traditionally philosophical approaches, which focused primarily on only a few parts of reasoning – namely premises (assumptions and information) and conclusions (inferences and/or implications). Paul’s theory entails the idea that all reasoning contains the eight elements, and therefore can be analyzed into eight specific parts in determining its full logic. All products of reasoning (conversations, articles, books, speeches, editorials, video programs, etc.) can be analyzed according to the eight elements. Further, to ignore any one part is to misunderstand the interrelationships between all parts.

After breaking thinking down into its components, Paul recognized the need to articulate explicit standards for assessing 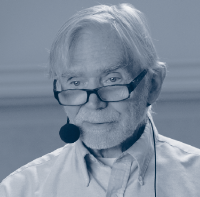 The idea of intellectual virtues or traits, when Paul first began to conceptualize them, were not completely new. These traits can be seen, at least implicitly, in the works of a number of important thinkers throughout history, including Socrates, John Locke, William Graham Sumner, John Henry Newman, and Bertrand Russell. Paul’s contribution was in bringing the traits together in a system of ideas, clearly delineating them as intellectual in nature, defining and elaborating each one - including those most necessary in the mind of the cultivated thinker - and stressing the importance of these virtues in developing critical minds and critical societies.

Paul’s approach to critical thinking is inclusive in that he recognized the significant roles that many fields of study can play in our understanding of the human mind, thereby offering intellectual tools for intervening in human thought to improve the quality of human life. Paul was ever concerned to find the best, most foundational tools, the most easily-accessible concepts for understanding and intervening in thought. 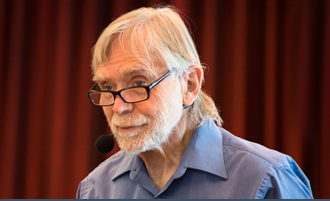 Richard Paul was a life-long critic of schooling because he believed that schooling generally lacks an emphasis on critical thinking or intellectual development. Paul said:

"It is now generally recognized that the art of thinking critically is a major missing link in education today, and that effective communication and problem-solving skills, as well as mastery of content, require critical thinking…It is also generally understood that some major changes in instruction will have to take place to shift the overarching emphasis of student learning from rote memorization to effective critical thinking (as a primary tool of learning)."

Paul argued that teaching should not entail transmitting information to students, but rather a “reworking of education where students construct knowledge through application of their own reasoning." He asserted that an educational setting that facilitates the exchange of open and free dialogue between opposing views is essential to any authentic exercise of critical thinking.

Richard Paul was born in Chicago on January 2, 1937. He earned a BA from Northern Illinois University and a master’s in English from UC Santa Barbara; he was a Research Student at St. John’s College, Cambridge University, and earned his Ph.D. in philosophy from UC Santa Barbara in 1968. He was a professor at Sonoma State University (SSU) for almost thirty years, later becoming Professor Emeritus of Philosophy there. Paul convened the first global conference on critical thinking in 1981 through the Center for Critical Thinking. The International Conference on Critical Thinking is now the longest-standing and most widely-attended conference on critical thinking in the world. Paul presented annually at the conference until prevented by illness in 2014.

In 1965-1966, Paul studied as a research student with John Wisdom at St. John’s College, University of Cambridge. Paul’s 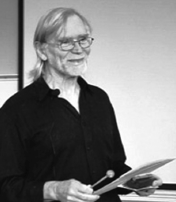 work reveals influence by a number of intellectuals including Socrates, Wittgenstein, Freud, Jean Piaget, William Graham Sumner, John Henry Newman, and Karl Marx. Paul’s philosophy was influenced by a Wittgensteinian approach to language, which relies on conceptual distinctions available only in ordinary languages, such distinctions enabling thinkers to take command of the logic of things in everyday life. Like Freud and Piaget, Paul emphasizes the unconscious intrinsic forces in the mind that naturally impede critical thinking development, including egocentricity and sociocentricity. Paul’s emphasis on the logic of questions was influenced by John Wisdom’s approach to questions. His contention that philosophy should not confine itself to traditional argumentation (since language is used to do more than merely argue) is in keeping with the views of J.L. Austin, GE Moore and other ordinary-language philosophers. Paul’s view that humans are largely sociocentric and ethnocentric was influenced by the work of William Graham Sumner. Paul agrees with Marx and other social theorists that people are largely trapped in settings structured by economic realities over which they had no influence, and in which survival is often difficult. For Paul, the answer is given in the development of one’s own critical capacities, and ultimately the development of fairminded critical societies. Paul’s critique of education is similar to John Henry Newman’s view as detailed in The Idea of a University.

Paul died at his home late in the evening on August 30, 2015. He is survived by Linda Elder, his wife of twenty years and constant collaborator, by his children, and by his legacy of advancing critical thinking in the service of fostering fairminded critical societies around the world.