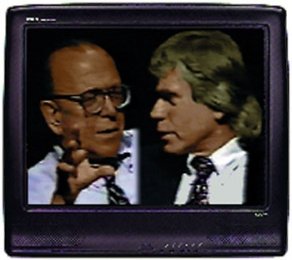 Gain digital access to this and many other resources at the Center for Critical Thinking Community Online!

Price: $49.95 for the series of 6.
*Individual DVDs in this series cannot be purchased separately

In this 6-part series, Robert Heilbroner, distinguished economist and author, and Richard Paul discuss the economic prospects for the U.S. in the 21st century as they bear on education and preparation for the future. Heilbroner and Paul discuss such issues such as:

In this 6-part series Robert Heilbroner, distinguished economist and author, and Richard Paul, Director of Research and Professional Development at the Center for Critical Thinking, discuss the economic prospects for the U.S. in the next century. Will the economic success of the U.S. be determined by our ability to cultivate a work force of critical thinkers, as Paul argues, or will resources, new technologies and the laws and politics governing production and world trade outweigh any foreseeable improvements in education? In pursuit of this fundamental question, Heilbroner and Paul address this and other closely related issues such as: